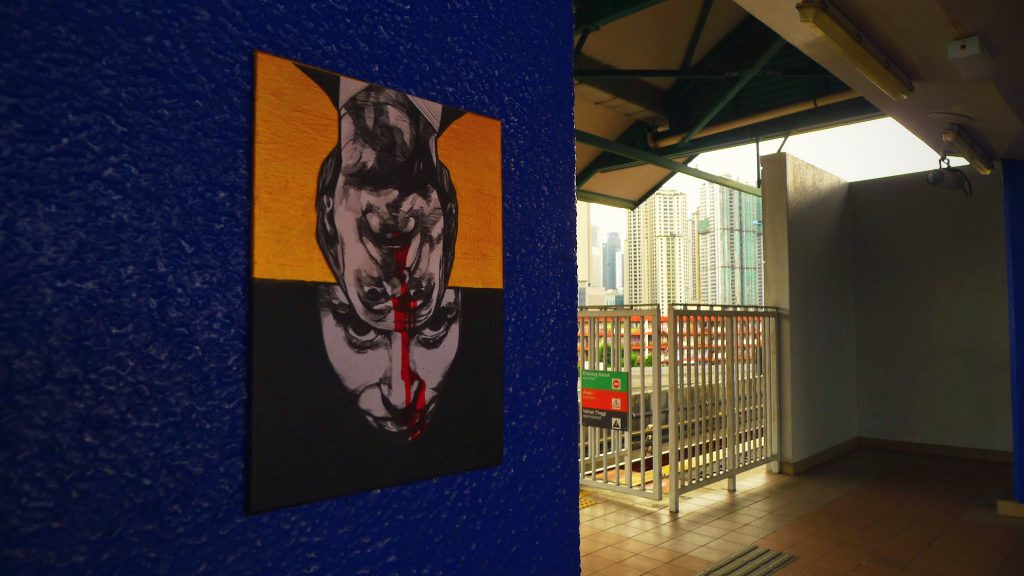 Blankmalaysia is a self taught Malaysian artist that is currently based in its capital city, Kuala Lumpur. He uses different mediums of art as a platform to discuss philosophical notions of mortality and timelessness with the viewer from the lens of modern contemporary life. He puts a huge emphasis on experimentation with modern and classical techniques to fully utilise the malleability of paper as a medium to not only create pieces that are rich in depth of meaning but also bold in expression.

He has been known to collaborate on projects involving creatives in Malaysia, Singapore and Australia from different backgrounds such as visual design, graphic novel, poetry, music, toy design and fashion to realise a particular vision. He has exhibited in group exhibitions across Malaysia including Gaul in Hin Bus Gallery (Penang), MampuArt in Chinahouse (Kuching), White Mask in the White Box (Kuala Lumpur) and his first solo, Blanktoys in Galeri Titikmerah. He is currently part of the art collective, Titikmerah.